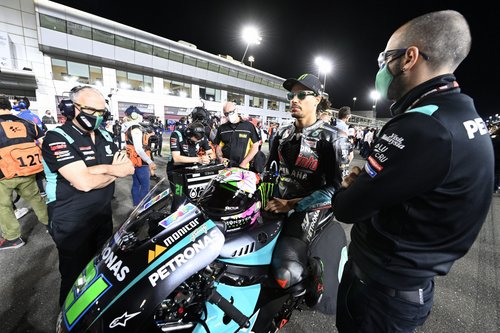 was a tough night in Qatar for PETRONAS Yamaha Sepang Racing Team’s MotoGP riders Franco Morbidelli and Valentino Rossi, who ended the Grand Prix of Doha – the second of two back-to-back races at Losail International Circuit – 12th and 16th respectively. The 2021 Doha GP saw the closest top-15 in the history of the championship, with the riders separated by less than 9 seconds. 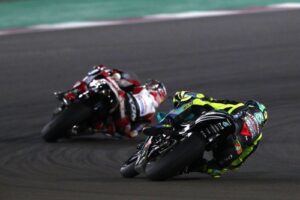 After starting the 22-lap MotoGP race in tenth, Morbidelli was sucked into the pack and ended up 13th at the end of the opening lap. Despite battling hard in an attempt to make his way through the field, the Italian could not make any progress due to the condition of his tyres. Franco did manage to keep a good pace throughout the DohaGP and, although he finished the race 12th, crossed the line only 5.787secs later than the winner – picking up some valuable points. 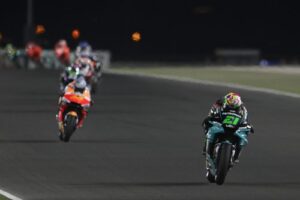 Team-mate Rossi also experienced a tough start to the race. Although he was able to gain three places into the first corner, it was not long before the Italian found himself back down in his original starting position of 21st. After being unable to make any ground on those ahead of him for the first half of the race, Valentino experienced a second wind in the closing stages, moving into 16th with three laps to go. Despite trying his best, Rossi was unable to close the gap to those ahead and maintained this position at the finish line.

There will now be a short break before Morbidelli and Rossi are back in action, with the Algarve International circuit hosting the Grande Prémio de Portugal on 16-18 April.

Razlan Razali
Team Principal
To be honest, I am quite happy that we have now finished these first two MotoGP races at Qatar, as we can now focus on analysing what has happened and be prepared for Portimão. It is what it is and hopefully we can do better there, especially as it was quite a good race for us last year with the podium of Franco.

We have mixed feelings from the Moto2 race. Xavi did very well to recover from 19th to finish ninth, so we are happy about that. However, that is balanced with Jake crashing out. 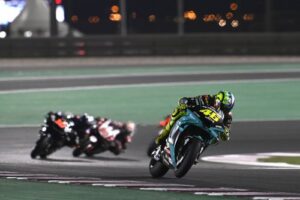 It is the same with Moto3. We are very happy with the fantastic race from Darryn, who was on the podium for a second weekend in a row. It was very unlucky that John was taken out of the race, again through no fault of his own. As we look to the next race, we can only do better from now on.

Franco Morbidelli
12th (+5.787)
It was a difficult race, but at least I was able to fight this weekend. We went back to a configuration that we had in early 2020, so the problems that we had in the race today were the same as we faced at the beginning of last season, where I used the tyre up too early. This looked like the best setup for us at the moment, to give a better feeling on the bike. I think it worked as we have some positives from today: I felt like I was able to race, my lap time wasn’t too bad and it was the same as the winner. However, I wasn’t able to be strong enough in the final laps because the tyre issues and having to fight from tenth meant that I wasn’t able to exploit the potential I had at the start of the race. We will now keep working to understand what has been going on during these days in Qatar, and start afresh in Portugal. 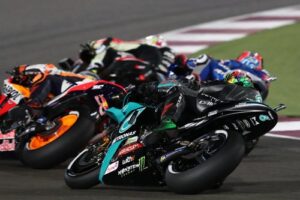 Valentino Rossi
16th (+14.246)
It is not a great result today and starting from behind is very difficult, because all of the bikes are strong. My pace was not so bad, but it was not enough to stay with the group, especially in the first laps. I expected a little bit better because this morning we found something that helps me to ride better. I thought that I could stay with the group in front, but we did not have enough to do so. We also suffered a bit with the rear grip with the soft tyre. We’ve tried a different swingarm and that has helped a bit. There are a lot of European tracks where we know the grip is good, so hopefully we can expect better results. We will see what happens in Portimão. 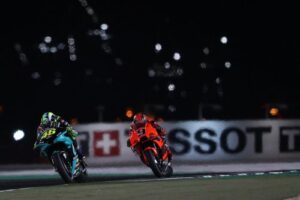