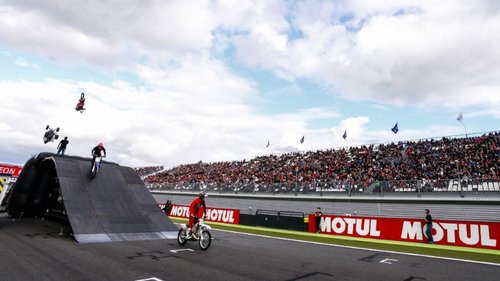 Gear up for the French WorldSBK round in style this weekend, as the MOTUL FIM Superbike World Championship hits Nevers with a bang. Starting the weekend off by keeping fans right at the heart of the action, with an open paddock on Thursday afternoon as eager fans can get the first glimpse of action with no ticket needed. Whilst children under 16 will have free access to the track all weekend when accompanied by an adult.

Don’t miss out on the unique Paddock Show, which is bigger than ever before. Not only does Saturday offer the SuperShow with all riders from WorldSBK, WorldSSP, WorldSSP300 and STK100 on stage ready to meet and greet fans. But for 2018 we also welcome the all new Race Shows, where riders take to the stage on Saturday and Sunday just minutes after basking in the glory of their victory on the podium. Fans now get the opportunity to hear first hand from their racing heroes thanks to the Paddock Show.

As Circuit de Nevers Magny-Cours is hosting the final European round of the season, Sunday will also welcome the European Champions Prize Giving Show. Hosting the champions fresh from taking the WorldSSP300, STK100 and ESS crowns, fans will have the opportunity to celebrate with the 2018 European kings.

Stunt shows will also be on offer for the fans to enjoy at both the starting grid and the Adelaide Spin on Saturday from 17.25. With three separate sessions out on track, it will be a perfect way to end the day of on track action.

Traditionally in all European Rounds, the fan zone is back in the paddock this weekend offering Acerbis and Shad product displays, Milwaukee entertainment, Honda bike displays and WorldSBK merchandise for the fans to enjoy when bikes aren’t taking to the 4.4km track.

In an emotional display, fans will be in with a chance to honour the late, great Maxime Berger this weekend with a Parade Lap on Saturday at 17.05. In memory of the much loved Frenchman, it provides an opportunity to pay their respects 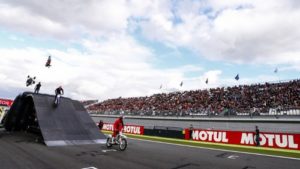