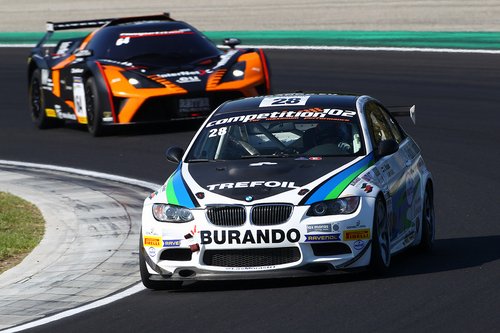 The Competition102 GT4 European Series teams experienced a great weekend at the Hungaroring. It was the first time the series raced at the Hungarian Grand Prix circuit and most of the drivers liked the track and the atmosphere around the circuit. Over the race weekend, 39 500 spectators attended the DTM event in Hungary and they were treated to some exciting GT4 races.

PROsport Performance drivers and series points leaders Jörg Viebahn and Peter Terting scored their third victory of the season in the first round on Saturday evening, while Villorba Corse drivers Luca Anselmi and Patrick Zamparini took victory in the second race on Sunday morning. The Italians were quick all weekend, but a puncture in Saturday’s race wrecked their chances of a perfect weekend. PROsport Performance was also successful in the GT4 AM category on Saturday, with Street Art Racing’s Jérôme Demay and Damien Dupont winning the second race on Sunday. 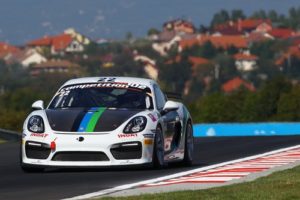 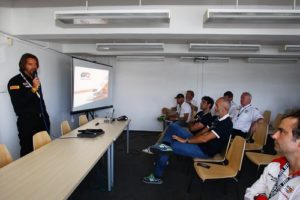 Porsche debuts
Less than two months after being introduced at Spa-Francorchamps, the Porsche GT4 Clubsport MR made its race debut in the Competition102 GT4 European Series at the Hungaroring. Allied Racing’s Jan Kasperlik, who holds the GT4 AM points lead as the series heads to Zandvoort, raced the Porsche in Hungary.

In only his second race in the new car and on a circuit he had never raced at before, the German secured a fourth place finish. “It was more difficult than we thought, when compared to the BMW M3 GT4. The mid-engined Porsche requires a different driving style. It’s really something else. We need to work on the car…and the driver,” said Kasperlik. 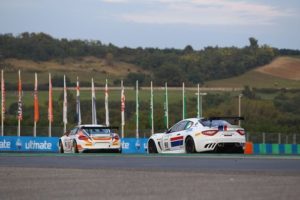 Having tried an Aston Martin at Spa-Francorchamps, Luc Braams and Duncan Huisman also made their Porsche debut in the Competition102 GT4 European Series. “The brakes are great on the Porsche and eventually we had a good race setup, but due to the configuration of the Hungaroring we were unable to take advantage of the high cornering speed of the Porsche. We’re now hoping for a BoP-adjustment for Zandvoort, so that we can fight for a podium position again and finish the season on a high,” said Huisman

iesette Braams and Gaby Uljee: Going once, going twice
Liesette Braams missed the Competition102 GT4 European Series races at Spa-Francorchamps after undergoing surgery, but she was back in action at the Hungaroring. Braams, who raced in one of the Allied Racing BMW M3 GT4s, was joined for the occasion by fellow Dutch driver Gaby Uljee. 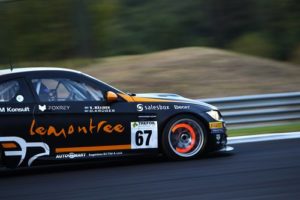 ”I think we drove the race of our lives. Due to a shortened second qualifying we started from way back on the grid, but we did everything we could and cut through the field,” Uljee said after the second race in Hungary.

After finishing in eighth and fifth place at the Hungaroring, the racing divas have decided to continue their partnership for the season finale at Zandvoort next weekend. At their home circuit Braams and Uljee will both go head-to-head with their partners, as Tim Coronel will return to the series after a one-race break.

Despite starting from the back of the grid in Sunday’s race, the Bald Eagle Racing BMW M3 GT4 of Oskar Krüger and Kari Mäkinen finished third in GT4 AM. “During qualifying we didn’t watch the timing screens and therefore didn’t set a time in the second qualifying. We had low expectations as a result, but finished third in class. It was a weekend never to forget.”

“A thousand thanks for a magnificent weekend. It was a memory for life, it was just perfect,” added Primus Racing driver Peter Larsen. Larsen and teammate Rosen claimed two ninth place finishes with their Ginetta G55 GT4. The Swedes are looking at options to compete in the series in 2017.

Next race at Zandvoort
The final race of the season will be held at Zandvoort circuit on October, 9. Two 50-minute races are set to take place next weekend. Three teams are still in contention to win the 2016 Competition102 GT4 European Series PRO title, while GT4 AM is also undecided. Four teams could still win the title. The races will be streamed live, including commentary, on 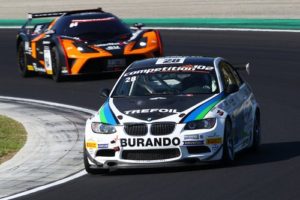