The FIA European Rally Championship returns to the asphalt tracks. After the events in Poland and Latvia, Italy welcomes the drivers to the Rally di Roma Capitale that starts on Friday night. With the support of Citroën Racing and Pirelli the Russians Alexey Lukyanuk and Alexey Arnautov will tackle the Italian tracks in the Citroën C3 Rally2 with starting №1, prepared by the French team Saintéloc.

Rally di Roma Capitale, based in Fiuggi – a resort town with famous thermal waters east of the Italian capital, will take place from 23 to 25 July and is the third of eight planned rounds of the FIA European Rally Championship. For the fifth edition of the Italian event included in the FIA ERC calendar the organizers from the Automobile Club d’Italia have prepared some new special stages, which make up about 20% of the total competitive distance of the rally. And they attracted a record number of participants – 98 crews are admitted to the start of the rally, 37 of them drive Rally2 cars! 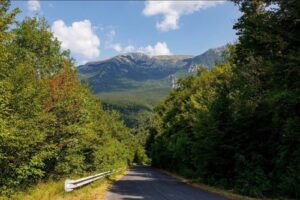 Alexey Lukyanuk, driver, “I’m very happy to return to work with my folks! At the beginning of the week, we had private tests in the same area as last year. But the heat was incredible and it was hard for the car to work in such conditions – only at the end of the day we were able to achieve last year’s results. However, we tried a lot of different settings and I think we got a better setup for the rally than last year. We are working with Alexey Arnautov again – we are positive mood, I’m in a good shape, it will be interesting to see the balance of power in the course of the rally”.

On Friday morning the participants of the third FIA ERC round drove two free practice runs and a qualifying section before heading from Fiuggi to Rome. The choice of starting positions by the crews will take place in the evening before the traditional passage through the streets of Rome.

After the ceremonial review through the streets of the city, the rally participants will pass through the starting podium near the Castel Sant’Angelo at 19.00 CET. The super special stage Caracalla Aci Roma in the heart of Roma Aeterna is new this year and will open the racing program on Friday night. Located close to the Colosseum and Circus Maximus (the largest hippodrome of ancient Rome that has survived to this day), the special stage starts from Via San Balbina and makes a loop around the Terme di Caracalla twice, thus gaining 2.7 kilometers of distance. 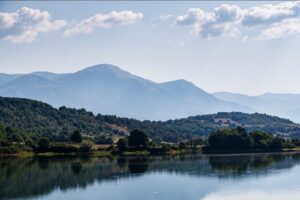 The real sporting event kicks off on Saturday morning on the roads west of Fiuggi from the 7.25-km Rocca di Cave special stage, the route was also used unchanged in 2019 and 2020. The first five kilometers feature 18 uphill hairpins on the climb to Rocca di Cave, the remaining two of them are more flowing in nature. Rocca di Cave is followed by the 19.7-kilometer SS2 Rocca Santo Stefano with a steep and difficult descent at the finish of the special stage. The latter is followed by the fast and technical special stage Affile – Bellegra. After regrouping and a service in Fiuggi the crews will again find the first two special stages, and the first leg of the rally will end with the Bellegra special stage in a cut down version in comparison with the morning passage.

On Sunday participants will tackle two legs with three special stages each, as well as an additional pass through the Fiuggi – Guarcino special stage that opens the day. At this special stage there is a new part of the distance from the start to the 8th kilometer. The third novelty of the Rally di Roma Capitale is the 10-kilometer SS Collepardo. It’s technical with numerous hairpins. The awards will be given to the rally winners at the Ceremonial finish after 18.00 CET 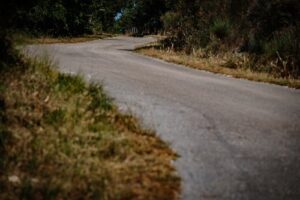