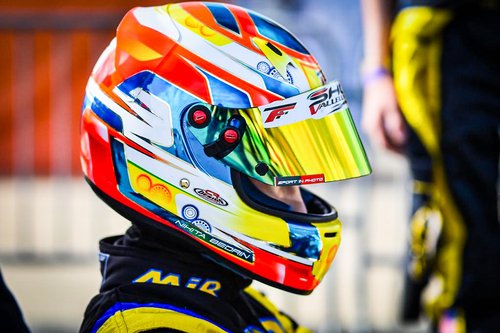 Zeewolde, February 26, 2021 – Van Amersfoort Racing is proud to have signed Nikita Bedrin. The young Russian joins VAR’s successful F4 squad and will compete in the full Italian F4 series as well as in selected rounds of the ADAC German F4 Championship.

The young Russian from Belgorod, Russia already took the wheel of a kart at the very early age of 5 years old. Local weather conditions did not allow for proper race seasons in karting, which “forced” Bedrin to move to warmer regions already at the young age 10. His talent was obvious and living in Italy, at a stone’s throw away from the Lonato track, turned out to be very beneficial for Nikita’s racing career.

Bedrin’s list of accomplishments is, the least said, impressive. Within a time-frame of less than 4 years, the now 15-year-old collected trophies at the highest levels of karting and concluded his career with winning the prestigious 2020 OK WSK Super Master Series.

VAR’s proven eye for talent had Nikita in its crosshair already long before he stepped out of the shadows. Rob Niessink, CEO at Van Amersfoort Racing explains: “We strongly believe that experience in karting is an essential element for successful growth in motor racing. Through talent and extreme dedication Nikita impressed the international crowd by his performances. The step to F4 is big though, especially when it concerns the Italian and German Championships. In preparation of the upcoming season Nikita collected track time by participating in the UAE F4 Championship. It was a good way to get acquainted with the characteristics of an F4 car. Even though there is no pressure for this season, Nikita is extremely eager and currently working hard with our team to get fully prepared. It really is a joy to see somebody so young, being so dedicated! Together with Nikita, our guys are very excited to get started and to support him in what is the next step of his career.”

Bedrin’s main campaign will cover the highly competitive Italian F4 Championship. In order to optimize track time, he will also make an appearance at selected rounds of the ADAC German F4 series.

Nikita says; “I am pumped about all that’s heading my direction, already now, but also in the near future! I’m currently working with the VAR team to get fully prepped for the start of the season. I have to honestly say that it feels very good to be surrounded by a team that is at least as motivated and dedicated as I am!” Clearly eager to get started, Nikita smiles; “I know I’ll have a tough year ahead of me and my focus will be on learning, but being the competitive person I am, I’ll be looking forward to make a difference on the track! I literally can’t wait to finally race at all these famous circuits that I know so well from the simulator!”

The 2021 Italian F4 Championship counts 7 race events with 3 races each. The first round, scheduled for mid-May, happens on French soil at the circuit of Paul Ricard. The next three rounds are hosted by Italy; Misano at the beginning of June, followed by Vallelunga two weeks after. Round four takes place at the historicalAutodromo Internazionale Enzo e Dino Ferrari, Imola. After this, the team crosses the Austrian border for round 5 at the Red Bull Ring. The penultimate round is scheduled back in Italy, early October at the Mugello circuit. The season finale is hosted by the Monza circuit, affectionately known as the Cathedral of Speed.

The 2021 ADAC German F4 Championship also contains 7 rounds with 3 races each. Start of the season takes place at the Motorsport Arena Oschersleben. For the second round, the team crosses the border to compete at the Red Bull Ring in Austria. The third round takes places early July in the Dutch dunes of Zandvoort, followed by the Nürburgring and Lausitzring for respectively round 4 and 5. The sixth and penultimate round is hosted by the Sachsenring, followed by the season finale that takes place at the end of October at the Hockenheimring. 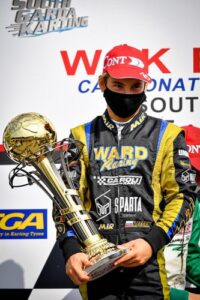