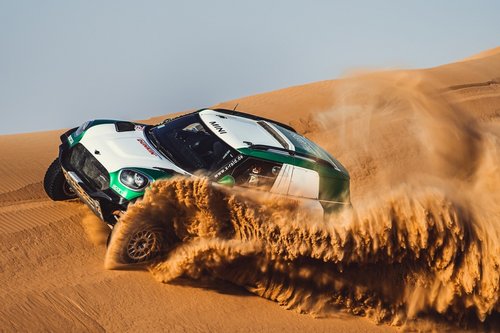 Yasir Seaidan and Alexey Kuzmich finished third at the Dubai International Baja in a MINI John Cooper Works Rally. The two-day event formed round two of this season’s FIA World Cup for Cross-Country Bajas. The two special stages led competitors through the desert in the Arab Emirate, with the programme consisting solely of sand and dunes.

Seaidan and Kuzmich came home third on both stages, and ended the Baja in the same position in the overall standings. On Saturday, luck was clearly on the side of the MINI JCW Rally crew: Behind a dune, an opponent crashed into the rear of the car, causing severe damage. Despite being delayed by the incident, Seaidan and Kuzmich still managed to reach the finish in third place. 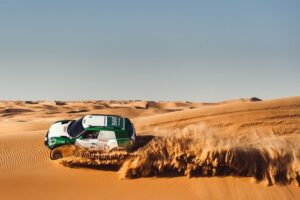 Yasir Seaidan: “That was not an easy race – every dune was different. The sand was soft in one place, then hard in the next. On day two, we became stuck when another car suddenly hit us from behind. However, we still made it to the finish. I am happy with this start to the season.”

Denis Krotov and Konstantin Zhiltsov were unfortunately unable to take part in the Dubai Int. Baja as planned. Their MINI JCW Rally was delayed in arriving and thus also in leaving customs. As a result, the vehicle was not on site in time for the start of the Baja. 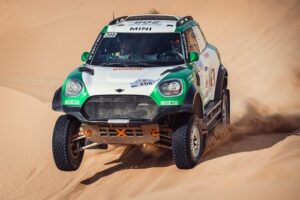 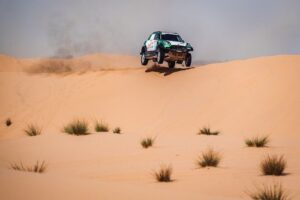