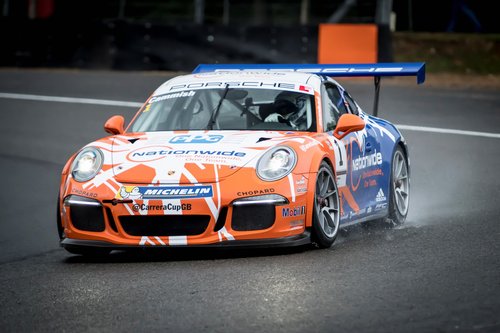 Nationwide has enjoyed two very successful spells in the championship taking two titles in 2008 and 2010 with brand ambassador Tim Harvey in addition to winning the 2015 and 2016 championships. Dan is aiming to set a new record on his return to the Porsche Carrera Cup GB in 2017 by taking three back-to-back titles. 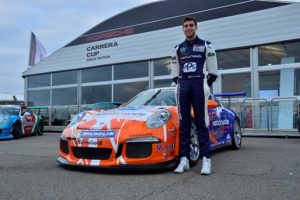 strike rate of 93.8%. Dan set a new record in 2016 winning 12 races, beating his 2015 record and that of mentor and manager Tim Harvey. His distinctive orange, blue and white Nationwide liveried car will again be run by the championship’s most successful team, Redline Racing.

The 2017 Carrera Cup calendar will visit Donington Park in April and return to Le Mans in June. The Le Mans date will replace Croft on the 15-race calendar where the drivers will have an hour-long race on the historic 24-hour circuit. Dan will however miss the Snetterton races on the 29th& 30thJuly due to a clash with his international racing campaign that will be announced in due course.

Dan won the 2015 title with a 98-point cushion and his beat nearest rival Dino Zamparelli to the 2016 title by 56 points. If Dan can maintain his dominant form he can afford to miss the two Snetterton races, and the 44 points on offer, and still secure a historic third title.

“We are very happy to be supporting Dan once again as he attempts a historic triple title,” said Nationwide Crash Repair CEO Michael Wilmshurst. “We have grown very close to Dan and the Redline Racing team and have every confidence that they will once again deliver for us in 2017. Dan will be facing a new challenge in trying to win his third title in 13 races, not 15. He is going to have his work cut out, that’s for sure, but we believe he is the driver and they are the team to do it.” 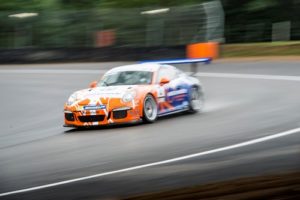 “Motorsport reflects many of the values we embrace at Nationwide, including teamwork, which is a key area of focus for us. We work very hard to include every member of Nationwide staff in our racing activities with thousands of them visiting the race track to support Dan this season. Our people are central to our success and we believe in supporting them and nurturing their development. Dan is making a well-deserved step up to international racing in 2017, which is testament to this philosophy and will dovetail with his UK racing. We are here to win, but to win as a team.”

“It’s great to be back,” said Dan. “We’ve got the continuity with the team, my mechanic Al and my engineer Frank. With Nationwide in my corner and part of the team we can hopefully go for the illusive third championship title. I’m looking forward to getting startedin the New Year, we’vegot five monthsbefore the seasonstarts but it will come around soon.”

“The last two years I’ve won it with enough points to miss a weekend so it can be done. The only difference will be that in 2017 the pressure will be on to make sure it happens. We’ll just take it one race at a time. Each year brings new challengers and so I’ll just have to see if I can win.” 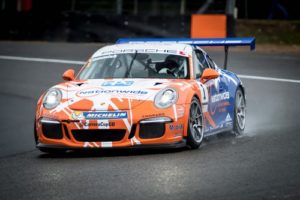