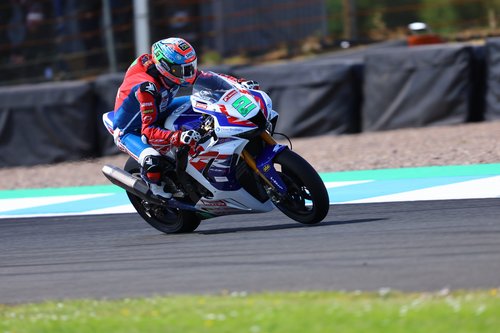 Having scored the second fastest time in yesterday’s combined practice, Glenn secured himself a place in today’s Q2 session where he qualified seventh for the afternoon’s 22-lap eBay Sprint Race. Throughout the race Glenn stayed mid-pack and was joined by Tommy Bridewell and Storm Stacey in the hunt for seventh place. On lap 18 Bridewell made his move, demoting Glenn back to eighth, but on the last lap the Honda rider took back seventh place crossing the line 0.121s ahead of Bridewell.

Tom Neave enjoyed the 18-lap race building back lost confidence after a difficult few rounds and a crash in yesterday’s FP2 session. Qualifying 21st for the race, Tom had a steady start but soon started to build momentum and towards the end of the race had started moving up through the field. Passing Danny Kent on lap 18, he then made a move on Luke Mossey, then teammate Ryo Mizuno and crossed the line just shy of the points in 17th place, while Ryo had to settle with 18th place.

Meanwhile Takumi Takahashi missed out on a top-20 finish taking the chequered flag in 21st place having made up places from his grid position in 25th. 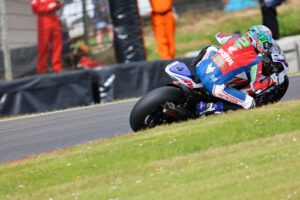 That’s our best finish here on the Honda in 7th place, and it’s been a good weekend so far. In Qualifying it went a little bit wrong, I had a small niggle at the start of the session and by the time I got around that we did have pace for the front row, but it just didn’t come together today, which falls on me, I wish I could blame someone else but I can’t!

I went into the race with a positive frame of mind, I felt quite good but we were missing a little edge grip, which in turn can go onto drive grip as once we spin the spin can continue. It’s an area we know we need to improve on longterm, but I’m confident we can do that. Obviously we want to be on the podium every race, so that can be really tough. But, if we continue to make steps forward I believe we can get back up there. 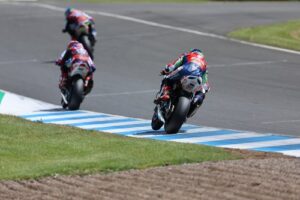 We have been able to improve throughout the weekend. In race one we made up five positions from our grid position. We’ve made some improvements for tomorrow and we’ll work on catching up with the group in the points for tomorrow’s two races. 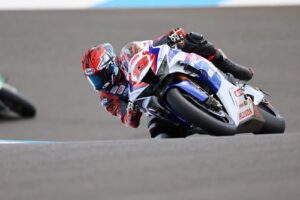 First, I concentrated on checking the bike in FP1 and FP2 and remembering how to ride Knockhill. I had little bit better feeling today in FP3, but in qualifying I didn’t get same feeling as the morning and couldn’t get a good lap time. For the race I had my best rhythm of the weekend, but I got a bad start. I am starting to get a better feeling with the bike, so tomorrow I will aim for better positions in both the races. 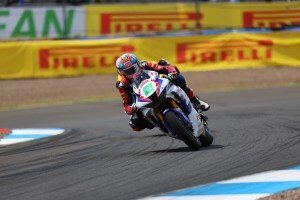 After the previous two rounds of not being where I want to be, and putting too much pressure on myself to perform when I’ve not been quite right following the crash at Oulton, I was trying to make up for lost time and that wasn’t the right approach, as I’ve been going out crashing and knocking my confidence I’ve had to start a fresh. Yesterday was horrendous, after the crash I was in a bad place, I wasn’t confident or comfortable with how I was riding so today from FP3 it’s been baby steps again, 17th isn’t a great result on paper, but for me I enjoyed the race, we made progress and I can start to see me gaining confidence and building back. I already can’t wait for the two longer races tomorrow and to get stuck back in. 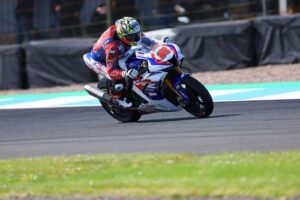 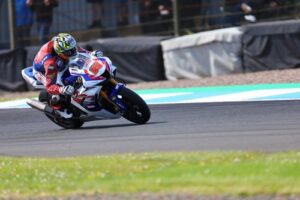 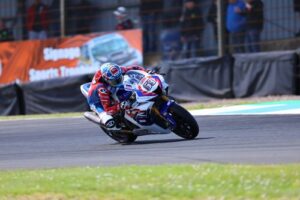