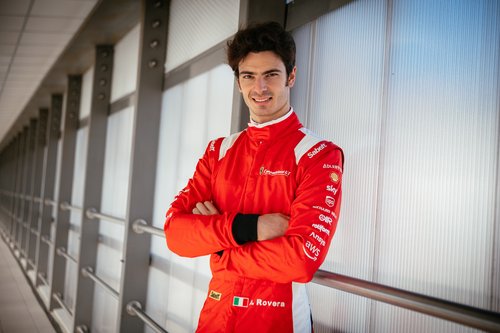 Mugello Circuit (Italy), November 20, 2021. The line-up of official Ferrari Competizioni GT drivers has been enriched by the addition of promising newcomer Alessio Rovera, announced on the occasion of the Finali Mondiali at Mugello.

Revelation. Born in Varese on 22 June 1995, Rovera turned out to be one of the stars of Season 9 of the FIA World Endurance Championship in LMGTE Am class alongside François Perrodo and fellow official driver Nicklas Nielsen. In spite of debuting in the category, the driver and his team-mates managed to secure both the 24 Hours of Le Mans and the FIA Endurance Trophy’s drivers’ title. Rovera’s world championship performance certainly did not go unnoticed, so much so in fact, that he was even awarded the title of Revelation of the Year.

Beginnings. Rovera took his first steps in karting from 2008 to 2012, notching up podium finishes and victories along the way. In 2013 he made his debut in a single-seater, immediately becoming Italian Formula Aci-Csai Abarth champion. After some international experience, Rovera embarked on a GT career, winning the 2017 Italian title of the Porsche single-marque series. In 2019 he was crowned Italian GT Sprint Champion, before rising to prominence behind the wheel of the AF Corse-run Ferrari 488 GT3 Evo 2020, winning the Italian GT Endurance Championship in 2020. In 2021, the driver who hails from Varese was a protagonist in not only the FIA WEC, but also the European Le Mans Series – taking twin wins and as many podiums – as well as participating in some GT World Challenge Europe powered by AWS events, finishing runner-up in the 24 Hours of Spa-Francorchamps in Pro-Am class.

Rovera says: “Joining the Ferrari family is really special. I consider it a new, exciting starting point. During my first test on the 488 I immediately felt a natural feeling with the car and in these last two seasons we achieved important victories in Italy and abroad. For sure, from now on I will keep pushing and improving myself. Working together with the team and my teammates, my goal is to help getting the Cavallino Rampante as high as possible so the main target is to fully repay the trust given by Ferrari”. 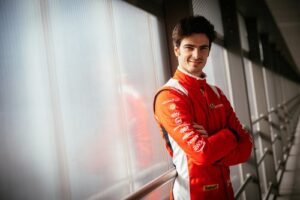