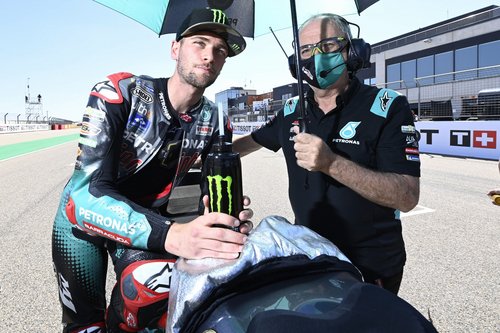 It proved to be a difficult MotoGP race for PETRONAS Yamaha Sepang Racing Team, with Valentino Rossi crossing the MotorLand finish line 19th. Jake Dixon’s Gran Premio de Aragon came to an early end, after an unfortunate crash on cold tyres during the second lap.

When the lights went out, Rossi maintained his 21st place off the line and immediately gained one position in the opening corners. The Italian settled into a consistent rhythm during the early stages of the race, before moving into 19th just before the halfway point. Valentino was able to maintain this pace on the soft rear tyre throughout the race, but he was unable to close the gap to the riders in front and ended the race 19th. Rossi continues to hold 21st in the championship standings with 28 points. 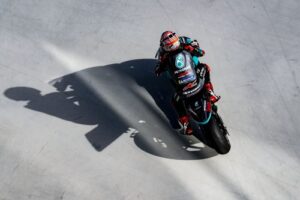 Unfortunately Dixon’s second MotoGP race ultimately proved to be a disappointing one for him. The Brit made a good start and was able to keep with team-mate Rossi in the opening corners, but then ran wide at Turn 4. Although Jake re-joined the race and attempted to catch the others, his hard front tyre was not quite back up to temperature yet. This led to a crash at Turn 9 on his second lap, which brought his race to an early conclusion. 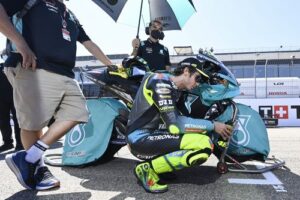 We saw a tough race for Valentino today and it was very hot out on track, which didn’t help. We know this is a track that he historically struggled a bit at, but I’m sure that Misano, which is a home race for him, will be better. It was an unfortunate crash for Jake, but I’m sure it’s just part of the learning process because the conditions were difficult. I’m sure he’s had a lot of fun being on the MotoGP bike.

It was a shame that Xavi crashed out of the race today, because he had the potential to do well. Sometimes this happens, so we deal with it and look forward to improving in the next race. John had his first experience of Moto2 this weekend and I am sure he has had fun getting a taste of the bigger machine. It is a steep learning curve so we hope he has enjoyed it. 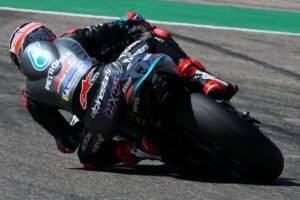 It was great to see Darryn starting from pole but we have a speed deficit on his bike, which we need to look to rectify for next weekend. He was still able to score some good points in seventh, but of course we would like to see him fighting for the podium. One highlight of this weekend was the debut ride of Damok in Moto3, finishing in 13th. It was a very credible performance and we are delighted with this result. He has shown his readiness for this championship and his potential, for if he were in this series next year.

There are five races to go, starting with Misano next week, so we’ll just keep going and see what we can do. 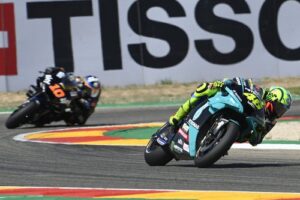 It was a difficult day to end a difficult weekend at this track, but we know that this is not one of my best tracks. I was hoping to fight for some points today, because in Free Practice I was able to stay inside the top-15 at times, but racing with the soft rear tyre I needed to be very careful in the beginning to be smooth and not overstress the rear. We knew that on paper this tyre was faster than the medium and the hard, but the time we lost in the beginning being smooth was too great. I was able to keep a constant pace throughout the race though, but it was not enough to earn any points, which was our target. I’m now really looking forward to racing at home next weekend. 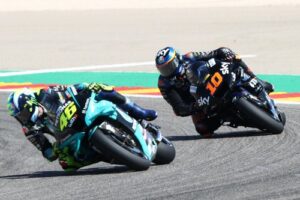 Everything had been going quite well during the weekend, up to the crash in the race. I felt like I didn’t have a bad first lap and I managed to stay with Rossi. I settled into it, but then had a moment coming out of Turn 3 on my first lap and that unsettled the bike. I went off the track on Turn 4 and Turn 5, re-joined about half a second behind everyone and tried to catch them. Looking at the data I didn’t do anything differently, but the hard front tyre wasn’t quite up to temperature. It’s something that experience obviously helps with, but it was my mistake and I want to apologise to the team. I want to thank the team and all the crew members for giving me this great opportunity to do two weekends on the PETRONAS Yamaha SRT; I’ve enjoyed it a lot. 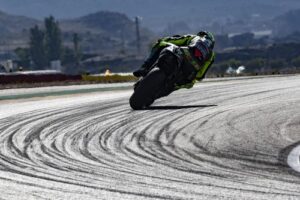 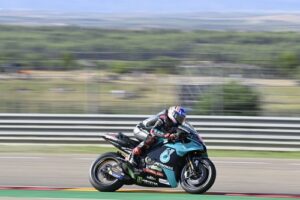 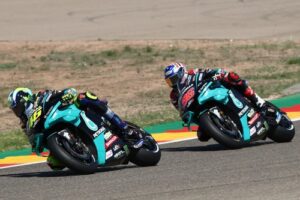