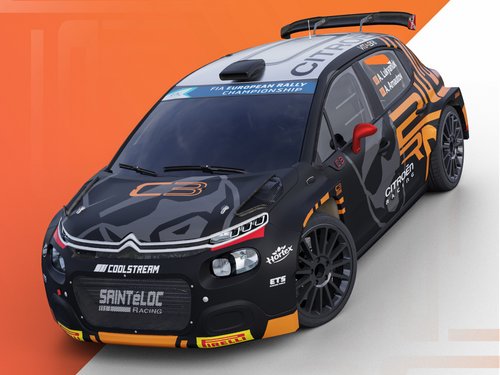 Russian Alexey Lukyanuk, who won his second European Champion title in 2020, will once again join his forces with his longtime friend and familiar racing partner Alexey Arnautov to participate in the FIA European Rally Championship.

Lukyanuk is pleased to confirm the continued partnership with Citroën Racing, thanks to its support and opportunities he achieved a tremendous result last season. A number of partners supporting the bright performances of the “Russian Rocket” have also remained unchanged – these are the technical Saintéloc Junior Team and the tyre manufacturer Pirelli, the companies Coolstream, Hortex, Ekover, the tour operator Space travel and the AutoSportMedia agency.

Lukyanuk and Arnautov will take the Citroën C3 Rally2 to the European tracks – this is an improved and updated version of the C3 R5, renamed in accordance with the new official names of the categories used in the rally. The Russians used this car in the previous two years. The new incarnation has been redesigned in three areas: performance, operating costs and steerability – there are new software engine management, improved aerodynamics, a number of updated chassis and braking assemblies for a wider range of settings and driver comfort. 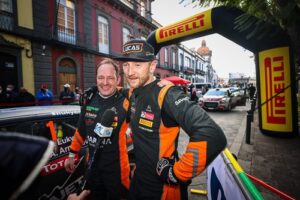 Alexey Lukyanuk, driver, “I’m really excited to restart, and I’m happy to see the calendar, including all eight events, as it was before. It should be an exciting year! I believe, there will be a very strong competition this time. We’ve heard some rumours about the very strong drivers, getting ready to start in the FIA European Rally Championship. We’ll try to be as competitive as possible and have fun there.

Regarding the upgrades to our Citroën C3 – we’re looking forward to test them. It’s all in all a great and solid machinery. I’m happy to see, that the Citroën Racing continues to develop the car and makes more steps to improve it. Last year we discussed with the engineers some steps to do and it would be really nice to see it comes to a real life, so I hope to test it at the Azores quite soon”. 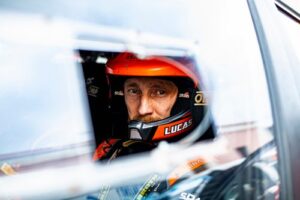 After a short break from sporting events that has been preceded by 10 years to the right of Lucas Alexey Arnautov came back to co-driving at the end of last year at the Rally Islas Canarias, where he helped his friend to achieve the overall champion title. In the new season, the crew claims to defend it.

Alexey Arnautov, co-driver, “I’m happy to be back in the game. It’s always nice to be part of the team, especially in scenic places as the most rallies are held in. It’s not easy for me to participate in all of the events, but we should get into the fight and see if it’s manageable”.

The series calendar consists of eight events; the first round starts in early May in the Azores and the series finishes on the Canary Islands tracks in November.

The Azores Rallye, held on the largest island of the archipelago in the center of the Atlantic Ocean, São Miguel, celebrates its 55th anniversary in 2021 and remains one of the highlights on the international calendar. In fact, the 55thAzores Rallye, postponed from 2020, is scheduled to be held from 6 to 8 May, 2021 in a completely new format, with traditional forest special stages in the east of São Miguel that drivers will now tackle on the first day of the rally, not on the final. It means that the western stages now take place on the final day of the two-day rally, and the special stage along the edge of the Sete Cidades volcano will decide the outcome of the season-opening ERC round.

Alexey Lukyanuk, driver, “If to speak about the Azores format – it’s nice. Actually, we quite used to a standard layout with Sete Cidades on the first day and Tronqueira and Graminhais on the second, but why not? It’s an interesting challenge. Basically, the stages are still more or less the same, we just need to adjust our strategy to suit the new itinerary best. So, I see no problems, only positives, because it looks like it will definitely happen, and it’s the most important thing. We’re really anxious to start racing!”

The event also meets the FIA requirements to host multi-day sporting events within four days. As a result, the rally route list includes a rich program of two competition days. Restrictions designed to stop the spread of COVID-19 mean that the traditional city show on the Ponta Delgada waterfront will not be staged this year. 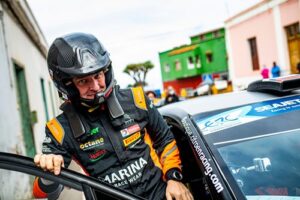