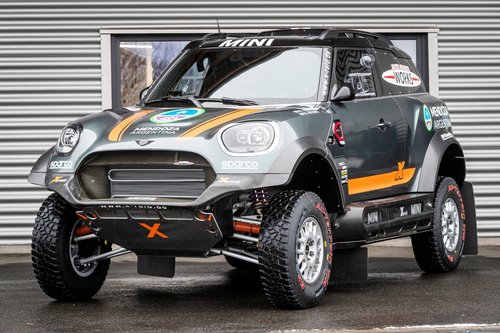 Preparations at the X-raid headquarters in Trebur are completed and the service vehicles are on their way to Marseille, France. From there, they will be shipped to Jeddah in Saudi Arabia, where the 2021 Dakar starts. Also on board will be a number of the MINI vehicles, which will start the rally in January, and with which X-raid will contest rallies in the future.

The X-raid team will line up with six MINI at the coming Dakar, which gets underway in Saudi Arabia in January. As in recent years, the pairings of Carlos Sainz/Lucas Cruz and Stéphane Peterhansel/Edouard Boulanger will start in the MINI JCW Buggy. Argentineans Orlando Terranova and Ronnie Graue will be at the wheel of a MINI JCW Rally, as will the crews consisting of Vladimir Vasilyev with Dmitry Tsyro, and Victor Khoroshavsev with Anton Nikolaev. Brazil’s Guiga Spinelli and Yousseff Haddad will race in a MINI ALL4 Racing.

Terranova has been driving for X-raid at the Rally Dakar since 2013. In 2020, he finished sixth alongside Ronnie Graue. A few months prior to this, the duo had won the title in the FIA World Cup for Cross-Country Bajas. Vladimir Vasilyev is back for another crack at the Dakar in the MINI JCW Rally, following his misfortune in the 2020 race. He will be ably assisted by a new co-driver: Dmitry Tsyro, who previously did the navigating for Russian Denis Krotov. 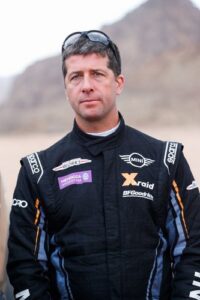 Two drivers are making their MINI comeback at the coming Dakar. Khoroshavsev started in a MINI JCW Rally at the Rally Kazakhstan in 2018, where he finished a fine sixth. Guiga Spinelli contested a number of rallies in the MINI ALL4 Racing in 2017. Among his best results was a second place at the Baja Portalegre.

This means the X-raid team will run a total of six MINI at the Dakar: the two MINI JCW Buggies and three MINI JCW Rally will be joined by one MINI ALL4 Racing. In addition, Vaidotas Zala and Denis Krotov will also line up in their MINI. They are organising their own appearances at the coming Dakar with their own team. 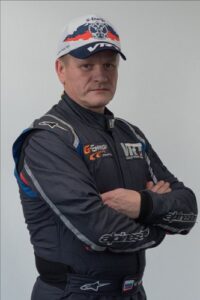 “This Sunday we celebrate the tenth anniversary of the MINI ALL4 Racing,” says team principal Sven Quandt. “We are pleased that there will again be a MINI ALL4 Racing at the coming Dakar, as well as the MINI JCW Buggy and the MINI JCW Rally. That shows that the MINI is a popular car through all its evolutions, and it will again be an integral part of the X-raid team in the Baja Cup and at the Cup for Cross-Country-Rallies in 2021.”

This year, improvements have been made to many areas of the MINI JCW Buggy and the MINI JCW Rally that will start the 2021 Dakar, and which will continue to provide the basis for additional developments of that car in the future.

New information from the Dakar organisers
On Wednesday, the ASO announced further details regarding the Dakar 2021. As had already been communicated, next year’s race will end in the port of Jeddah. The rest day will be taken on 9th January in Hail. In total, the competitors will cover 7,646 kilometres, of which 4,767 will be against the clock. 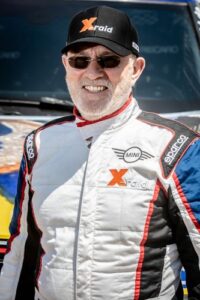 On two occasions, the bivouac will remain in the same town for two nights: the third leg takes the competitors around Wadi Ad-Dawasir, while leg nine takes place around Neom. Immediately after the rest day in Hail, the going will get particularly tough for the drivers, as they face the marathon leg. They must make it through without the assistance of their team or mechanics in Sakara.

The Dakar 2021 will be a real test for the competitors right through to the finish line, with the longest stage not coming until the penultimate leg, from Al-Ula to Yanbu. Even the final day, which features 225 kilometres against the clock, could produce some changes in the overall standings. 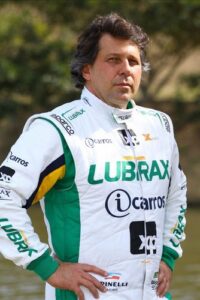 A number of new regulations apply for the Dakar 2021: on every race day, the roadbook will not be handed out to competitors until 10 minutes before the start. Last year, this regulation only applied to roughly half the days. The roadbook will also be made available in digital form on a tablet. These measures will prevent co-drivers being able to prepare for the special stages. As well as exclamation marks in the roadbook to warn of hazardous spots, the crews will also receive an audible alarm to forewarn them. Difficult and dangerous sectors will also have a speed limit of 90 km/h.

The ASO has also announced its plans for the future: by 2030, all participating vehicles in the Car and Truck categories will have alternative powertrains. Until then, the ASO will support teams and manufacturers who line up with alternative concepts. However, the competitors are not the only ones who are to be more environmentally aware: the bivouac will also be adapted to use alternative energies.