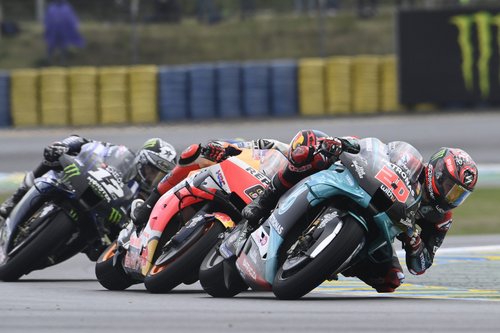 This weekend will see PETRONAS Yamaha SRT’s MotoGP pairing of Fabio Quartararo and Franco Morbidelli in action at MotorLand Aragón, for the first of two races at the Spanish circuit. Quartararo heads into the Gran Premio de Aragón having extended his championship lead last time out, as did the Malaysian squad in the teams’ standings. 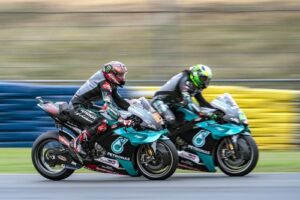 After the mixed conditions at his home GP last weekend, current championship leader Quartararo will be hoping for a slightly more straight-forward race this weekend. Although the Frenchman has never stepped on the Aragón podium, he is confident of being able to put together another good performance and continue fighting for the world championship title. 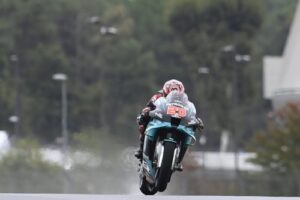 Team-mate Morbidelli, who will be looking for a good result after picking up an unfortunate DNF at Le Mans, has visited the podium at MotorLand Aragón twice: once in 2016, when he finished third in Moto2, and again in 2017, when he won the race in the intermediate category. After being taken out by another rider on the first lap of the 2019 edition, the Italian will be looking to take the speed from Le Mans and make a return to the top-3 this weekend. 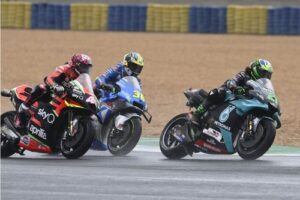 PETRONAS Yamaha SRT will kick off their tenth round of the year at 9.55am local time (3.55pm MYT) on Friday. Sunday’s 23-lap MotoGP race will get underway at 2pm local time (8pm MYT).

20 – Fabio Quartararo
We are in a good position going to Aragón, we don’t really need to change anything with the bike. It is a track that could be a little difficult for us, but we have the extra motivation that we are there to fight for a really good result. We are fighting for the championship, last weekend we managed to increase our lead in tricky conditions and so I think we can do really well again this weekend. First of all we will look to enjoy being back on the bike, then look at how we can make it a great GP for us and, of course, see what the conditions are like when we arrive. 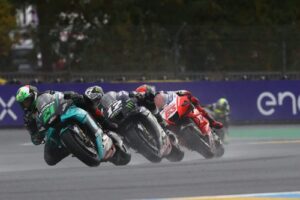 21 – Franco Morbidelli
Going to Spain this weekend, I expect that we will be fast! I love the MotorLand Aragón circuit. I won there in 2017 when I was in the Moto2 championship and I think that we can do a really good job there this year. It’s a shame we aren’t going there with better results from France, but we were super fast at Le Mans and we need to take this speed with us to Aragón this weekend. I don’t think that we will need to change a lot on the bike, of course we need to see what the conditions are like but I think it will be a good GP for us. 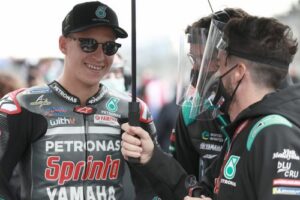