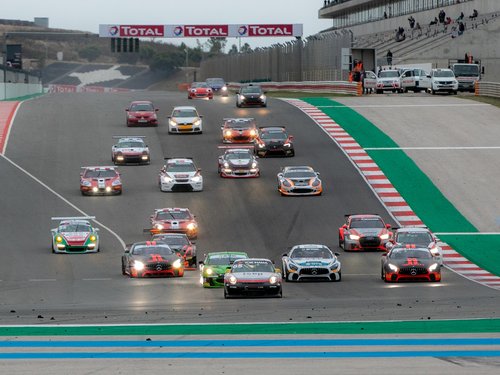 After careful consideration, Race Ready will organise the GT4 South European in 2020, in a new model and format, which should meet the wishes of drivers and teams, while ensuring bigger starting grids for 2020.

To this end, GT4 South European will share the grids with other competitions at each stage, guaranteeing this way big grids and a more animated competition for both the public and the teams. The Algarve race in the pictures was a excellent example with great competitiveness thought the field.

Two of the events will be in conjunction with the Portuguese Open, while the remaining two will have the presence of the Iberian TCR and the CRT Touring car championship, with the last race, in Estoril, also sharing the track with German organisation from the GT Winter Series.

It should be noted that the championship will not start until in June, more than 3 months from now, so that the teams have more time to conclude the negotiations with the drivers.

Different event format
In order to integrate the races with other championships and to optimise the number of weekends, the number of races was increased from two to three in each event. Thus, each weekend will feature two Sprint races and one Endurance race.

Dream cars, BOP and similar pace
Contributing to the success that has been observed throughout Europe and also in the United States of America, are the exoticism of the cars, the exuberant machines of mythical brands, but also the low cost of acquisition and maintenance, taking into account their performances, the quality of the return for sponsors and the raised interest among the public.

The only way to combine so many dream cars and ensure a balanced competition is through the BOP (Balance of Performance), developed by SRO.

The most affordable GT4 competition in Europe!
By placing three races per weekend, occupying only four weekends, the GT4 South European is the most economical way to compete in Grand Touring (GT’s) in Europe.
To improve on this cost/benefit ratio, the organisation will place event entries at just 950€, the most affordable value in Europe. Additionally, teams and drivers have the opportunity to make deals with international teams, as the calendar never coincides with the European championship or with the French championship.

Diogo Ferrão, responsible for the GT4 South European, says that the changes are due to the fact that “unfortunately in 2019 we did not start with the number of teams we expected, which meant that the remaining teams waited until the last minute to see who else was confirmed. The clearest case was in Barcelona last year, where we had teams that preferred to compete in another grid, in a race with only three GT4 cars, but with 30 cars at the start, rather than compete in a race with seven other GT4 cars. The only way to overcome this problem was share the track with other organisations, which led to strong negotiations with the other entities and with the SRO, which is partly the reason why we have delayed the presentation of the championship until now. In the end, I think we managed to offer a championship with dream cars, a strong calendar and a competition that guarantees big grids and a very good exposure with the fascinating GT4 cars. First race scheduled for three months from now, so we can have enough time for teams and drivers to close deals. Anyway, we are available to help each driver or team to find what they want or need.” 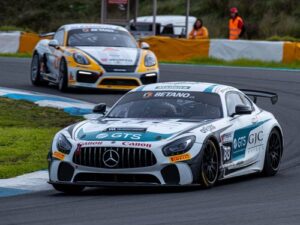