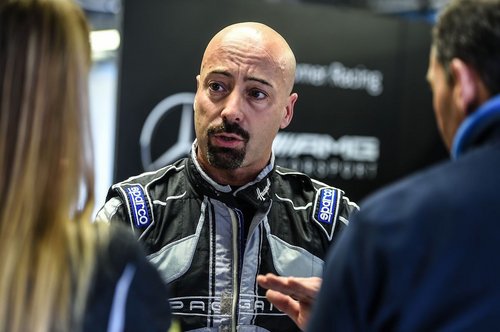 Modena (Italy). Italian team Raptor Engineering has just started its racing activities inside the newly opened factory in San Cesario, near Modena. The new team, which is led by Andrea Palma, a very experienced driver from Rome, will make its debut in motor racing this year taking part in the 2020 Porsche Carrera Cup Italia. Raptor Engineering is ready to line up at least one Porsche 911 GT3 Cup that could also take part in some other series, depending as well on the objectives coming from the drivers.

Born in 1976, Palma built a successful career in GT racing as a driver. At the moment he is working as a test driver at Pagani Automobili. Founder of Raptor Engineering, now the Italian driver is launching a new challenge bringing together his professionalism, experience, technical skills and passion for motorsport in this new role of team principal.

Porsche Carrera Cup Italia is one of the most selective national one-make series in Europe, so great motivations, meticulousness and attention to detail will be essential to reach its highest levels. This is one of the reasons why Palma is already 100% focused on the management of this new team, while on the track activity side he will support a young team manager as Isabelle Maserati. All technical aspects will run under the technical direction of a highly experienced figure such as Enio Bolsieri.

Andrea Palma says: “We are looking forward to make our debut in motorsport through a very spectacular one-make series. The Porsche 911 GT3 Cup is a highly competitive car and a concentrate of emotions. We are aware that several experienced teams are already operating in such a competitive world, then we are approaching it with respect, but always with the main objective to do well. We expect to grow and evolve in a positive way and to officially reveal the name of our first driver as soon as possible. On the drivers side we have ongoing talks but we remain open to any kind of new proposals”.