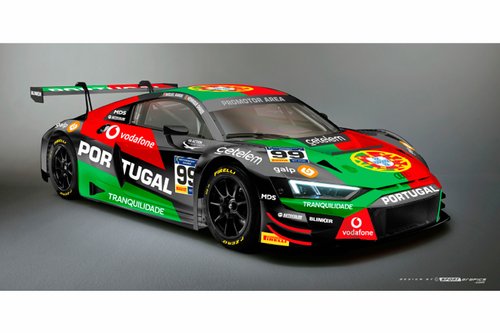 Henrique Chaves will take part next weekend in the FIA GT Nations Cup, a competition that takes part in the “Motorsport Olympic Games”, and he is confident that he will be in contest for the top positions with his teammate, Miguel Ramos.

The Portuguese youngster debuted this year in the GT World and soon left his mark, with the third place in the International GT Open Drivers’ Standings – known as the “European GT Championship” – with podiums and a win to his name.

In the next weekend he will defend the Portuguese colours in the FIA Motorsport Games, that will take place in Rome, in the Vallelunga circuit, at the wheel of an Attempto Racing’s Audi R8 LMS GT3 that he will share with Miguel Ramos.

The Torres Vedras’ driver is excited with the responsibility that he will have on his shoulders and will do his best to bring to Portugal a medal. “It’s a great honour to defend our country’s flag in an event that gathers some of the best drivers from different categories. In the GT Nations Cup the field is strong and we are aware that we will have a massive challenge ahead. However, I and Miguel will give our best to raise the Portugal’s name to the podium”, said Henrique Chaves.

To the Portuguese youngster everything is new – team, circuit, teammate, car – but he is confident that he will overcome all the challenges so he can defend Portugal with success. “I will have to adapt myself to a lot of stuff, but I believe that won’t be a problem. Miguel already knows the team and that will be important to help us to have a competitive car since the first practice session. We will work hard, I think I will understand the Audi really quickly and Sunday we hope to have something to celebrate”, concluded the Torres Vedras’ driver.

Henrique Chaves and Miguel Ramos will take part in two practice sessions, one qualifying and three one-hour races – the third one will share the medals among the three best classified teams. 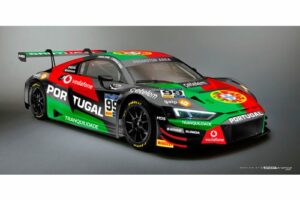