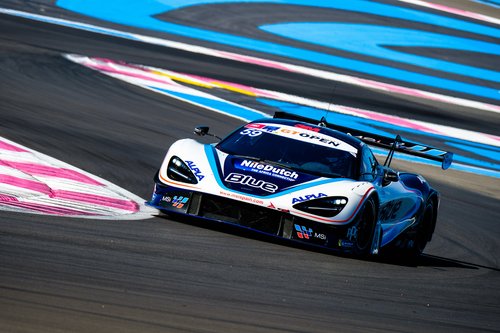 Henrique Chaves wasn’t lucky in the start of the second race of the International GT Open’s event of Paul Ricard, as he was hit by an opponent. Nevertheless, he ended the race in a good seventh place.

The Portuguese driver signed a good performance in the morning qualifying, with the third fastest lap, and set his eyes on the podium battle.

The youngster started the afternoon race well, keeping his position, but when he was in the second corner, he had a contact from behind and he spun, facing the track in the opposite direction. He wasn’t hit again, but the others Teo Martín Motorsport’s drivers were involved in an incident and retired.

With the Safety-Car leading the pack, Henrique Chaves went to the pits to verify his car, returning to the track in the twentieth and last position and with a massive recovering race ahead.

The Portuguese driver was on the move as soon as the race was restarted, overtaking numerous cars and showing a strong pace, as fast as the drivers on the top positions, delivering the McLaren to Martin Kodric in the tenth position.

Although the team had to overcome a ten seconds handicap, the Croatian driver continued what Henrique Chaves began, crossing the finish line in the seventh place, which allowed to the McLaren 720S #59’s pair to score some more points. “It wasn’t the start that we were expecting, but this is racing and sometimes it happens. We had some damages in the car, but we are able to show a good pace and to recover, which lead us to the seventh place. Martin did a good stint, also, and the team did well. We had potential for more, but it’s a good result”, said the twenty-two-years-old driver.

After this years first International GT Open round, Henrique Chaves is third in the Drivers Championship, with sixteen points, seven behind the leaders. “It was a good debut in the International GT Open. We showed a strong pace during all weekend, we were in the fight for the victory in yesterday’s race and today I did a good lap in the in the qualifying, which was important to give me confidence, as it was everything new to me. We are in the third position of the championship and in the next race we won’t have handicap, which is good”, underline the Portuguese youngster. 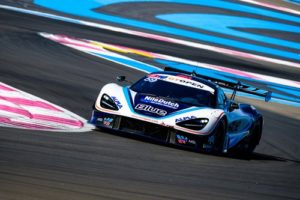