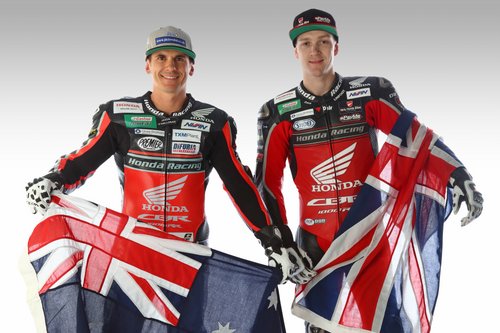 The Honda Racing team is busy putting the final preparations in place for this weekend (31 March – 2 April) as the opening round of the 2017 MCE British Superbike Championship takes place at Donington Park.

For riders Dan Linfoot and Jason O’Halloran it’s an exciting season ahead, as they set their sights on the 2017 championship aboard the all-new Fireblade. Both riders enjoyed a good season in 2016, with podiums aplenty and Aussie O’Halloran securing his debut BSB win.

The Honda team has been busy developing the eagerly awaited new Fireblade at its Louth workshop and, with important pre-season tests completed, the team and riders are looking forward to the challenge ahead.

Donington Park has proved a successful circuit for the Honda teammates in the past, with Linfoot having stepped twice on the podium and The O’Show once. This is something they are both keen to repeat at the season opener. 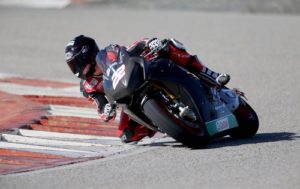 I can’t believe that this weekend we are going racing again, it seems like it’s been a really long winter! We had a good test in Spain a few weeks ago with the all-new Fireblade and then a day at Donington, but as a team we don’t know how ready we are for the weekend yet. Spain was great for us, as we were able to test and get good data. We then came to Donington and we were let down by the good old English weather but, at least, that affected all teams. Donington is a great circuit and, over the last two years, I have enjoyed good results there, with podiums, so I am looking to add to that. However, we are slightly on the back foot, so the plan is to get stuck in this weekend and see what we can achieve. The new Fireblade is an amazing machine and we have a great package but, with any new bike, there are some small tweaks to still be done, but I know we’re onto something good.

I’m looking forward to going racing again this weekend, it’s been a long winter and a long break, mixed with the anticipation of the new Fireblade arriving. The boys have been hard at work at the workshop building our bikes. Our test in Spain was a lot different to previous years as, in the past, we have had a bike we know well. So it was a case of fine tuning and getting comfortable, whereas this year it’s been about learning! We have had to adjust and learn what the fly-by-wire can do and how to get the throttle connection feeling to what we’ve been used to. We’ve had a lot of work to do in not much time and it’s still a very young bike. So we’re heading to Donington and will use the three days effectively to work through and progress as quickly as possible to get to a good level. It will be good to see where we are, in relation to our competition and to get the season underway. I always get excited for a new season and we have the potential there to have a good one, off the back of last year, but there’s a lot to learn and unlock with the new Fireblade, which we will no doubt do at the first few rounds. We’re keen to get to work now and come away with two solid races under our belts.

Jason O’Halloran / #22
Well the new season is here and what an exciting year we have coming up, not just for the team but also Honda with the new Fireblade. The team has been relentlessly working away and developing the new race machines but, as with any new machine, there is still a lot to do and we will continue to develop throughout the year. Both Dan and Jason have had good pre-season tests on the bikes, but they are very different to the old Fireblades so it’s a lot of learning for them and working with the team to perfect settings. I am confident that we have a good package for the year and can’t wait to get going this weekend at Donington. It’s always a great round with a good atmosphere so lets hope the weather is kind to us and we have a successful opening round! 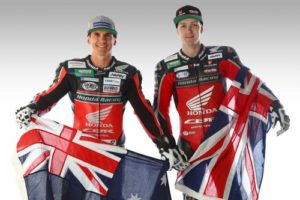