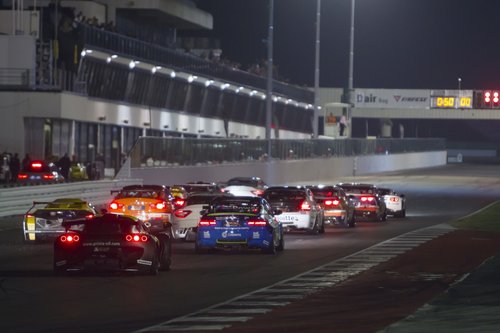 A record-breaking number of 33 GT4 cars is set to take part in the opening round of the 2017 GT4 European Series Northern Cup at the Misano World Circuit Marco Simoncelli. Eight manufacturers will be represented on the starting grid at the 4.226 km Italian track near the Adriatic coast.

The GT4 European Series will make its third visit to the Italian track. In 2014 Misano hosted the opening round of the series and in 2015 the championship was decided at Misano in the final race of the year. The 2017 season will be kick-started in a spectacular way on Saturday evening, as the first race will be held after dark.

Porsche can be considered the main purveyor among the manufacturers, with twelve Porsches on the grid. Reigning GT4 European Series champions PROsport Performance will bring three cars to Misano, including one for defending champion Jörg Viebahn. Viebahn will share his car with Nicolaj Møller-Madsen this season.

Allied-Racing and Brookspeed International Motorsport are back for a second season with their Porsche Cayman GT4 Clubsport MRs, while RN Vision STS, Terting Mueskens Racing and HP Racing are new to the series. Autorlando Sport returns with two of its Porsche 911 GT4 cars. CD Sport, which will compete in the Southern Cup this season, will enter one of its Cayman GT4 Clubsport MRs at Misano.

Reiter Engineering confirmed eight of its KTM X-BOW GT4s for Misano. The Reiter Young Stars cup will return for a second season, with the competitors racing each other to win a seat in the 2018 Blancpain GT Series Sprint Cup. Among the drivers will be returnees Jamie Vandenbalck, Laura Kraihamer, Cedric Freiburghaus and Mads Siljehaug, as well as newcomers Marylin Niederhauser, Eike Angermayr and Emil Westman. 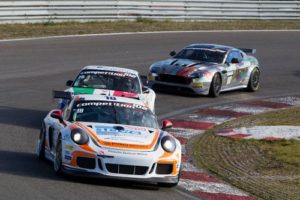 The McLaren 570S GT4 will make its debut in the GT4 European Series this season, with three cars entered in the Northern Cup. Duncan Huisman and Luc Braams will race the Las Moras Racing McLaren, while Andy Meyrick and Stephen Pattrick will share the wheel of the McLaren entered by newcomers Bullitt Racing. Equipe Verschuur is the third team to enter the British sportscar.

The Ekris Motorsport Ekris M4 GT4 returns to the circuit where it made its debut back in 2015. Triple European GT4 champion Ricardo van der Ende will have a new team mate in Max Koebolt for the 2017 season. Koebolt raced the BMW Team Italy BMW M6 GT3 in the Blancpain GT Series Endurance Cup last season.

SIN Cars is back this season, with Sofia Cars Motorsport by BADI entering one SIN R1 GT4 for Romanian duo Eduard and Bianca Anton. Eduard competed in the final race of the GT4 European Series at Zandvoort, while Bianca will make her series debut at Misano this weekend.

Misano also marks the return of Nissan to the GT4 European Series, with Sean Walkinshaw Racing making its debut in the series in Italy. The team will run one Nissan 370Z GT4 for young British driver Charlie Fagg and Nissan GT Academy driver Romain Sarazin.

Action in Misano starts on Friday afternoon (2.15 pm) with the first free practice, followed by the second practice session at 6.20 pm. Qualifying will take place on Saturday afternoon at 3.55 pm, with the start of Race 1 at 10 pm. Race 2 will get underway at 2.55 pm on Sunday afternoon. 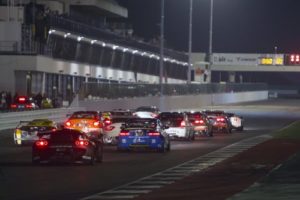