Daytona, FL: Aston Martin Racing is set to kick off the 2017 racing season early, with the marque set to contest the Rolex 24 at Daytona this weekend with its V12 Vantage GT3.

The IQ Option liveried V12 Vantage GT3 will take on the IMSA Weathertech SportsCar Championship’s opening round with four of the team’s regular FIA World Endurance Championship drivers at the wheel.

Following a successful 2016 which saw Aston Martin Racing take victory in the British, European and World sportscar championships, the team remains focussed on continuing that success to take the win in the GTD class.

Sørensen said ahead of the weekend, “After spending so much time with guys throughout the 2016 season, it is a pleasure to finally join them in the car for this weekend. With 27 cars in the GTD class, it’s going to be a tough challenge to keep ourselves at the front of the field but I’m ready to get racing again and I’m hoping my strong off-season preparation will make the difference this weekend”. 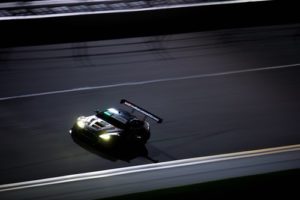 Lamy added, “After finishing the Rolex 24 in fourth last year, we’re hoping we can not only go one place better to take a podium but to take the GTD victory overall. We know how much of a challenge the race is, but I’m confident that Paul and Mat will do a great job just like last season. It’s also great that Marco is joining our crew”. 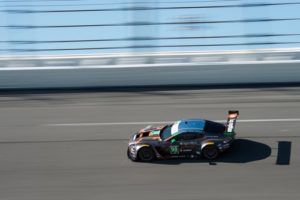 Aston Martin Racing will also be represented in the weekend’s 4-hour IMSA Continental Tire Challenge support race. Two Vantage GT4 entries from Automatic Racing and another supported by TRG will take on the 20-strong Grand Sport class and challenge for overall honours. 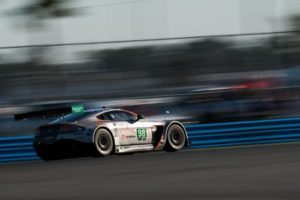