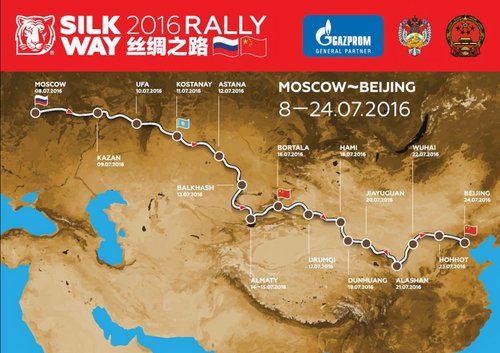 Two continents, three countries, 10,735 kilometres, 4,105 of them in special stages… this year’s Silk Way Rally (08th to 24th July, 2016) represents one of the biggest challenges of the season. Five MINI ALL4 Racing vehicles will be involved when the field hits the road in Russia’s capital Moscow for the trip across Kazakhstan to China’s capital Beijing. 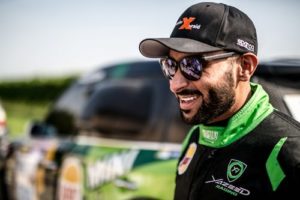 The pairing Yazeed Al-Rajhi (KSA) / Timo Gottschalk (GER) contested three FIA World Cup races for X-raid, this year, and currently holds second position in the championship. Harry Hunt (GBR) and his co-driver Andreas Schulz (GER) convinced in Hunt’s first Dakar by finishing 10th. Aidyn Rakhimbayev (KAZ) und Anton Nikolaev (RUS) contested the 2015 Dakar with a MINI ALL4 Racing and finished ninth. While it will be the first appearance in the cockpit of a MINI ALL4 Racing for the pairing Bauyrzhan Issabayev (KAZ) / Vladimir Demyanenko (RUS). But Issabayev already has the experience of several Dakar Rallies under his belt. For the two Russians Vladimir Vasilyev and Konstantin Zhiltsov the Silk Way Rally will be on their home-soil at least partly. 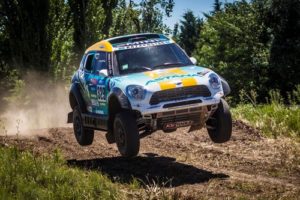 In the Silk Way Rally, the drivers will have to cope with the most different terrains: in Russia and Kazakhstan, the terrain more often than not will be on soil. On the Rest Day in Almaty, Kazakhstan, after six days of rallying, the competitors will have time to recover before the terrain will change completely in China. Here, the special stages will mainly feature sand, dunes and gravel. To cover the huge distance between Moscow and Beijing in a fortnight, the entire rally baggage will have to cope with really long days. The service vehicles will cover about 600 kilometres per day and the average distance covered by the competitors amounts to 700 to 900 kilometres. 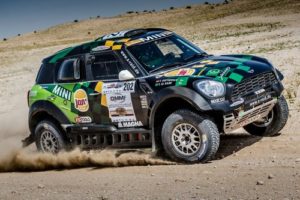 Like the Dakar, the Silk Way Rally also represents a major logistics challenge for X-raid: This week, the service vehicles and the MINI ALL4 Racing vehicles hit the road to Moscow in a convoy. And the cars also will make the trip from Beijing back to Trebur on their own wheels. Of course, the materials and the cars also could be shipped but that would take too much time. Under their own steam, the cars will be back in Trebur after just 21 days while it would take several months by sea. This would mean that the team hadn’t enough time for preparing the cars for the next races. 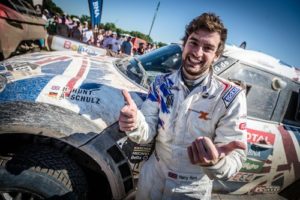 Actually, the term ‘Silk Way’ describes a network of ways the caravans used for transporting goods between Europe and Asia. In those days, silk represented an important Asian merchandise and the Silk Way represented the only possibility of trading with one another, for the two continents, as the sea routes had not yet been discovered. It’s said that the first caravans travelled on the Silk Way as early as 100 BC while the Silk Way heyday lasted from 618 to 906 AD. But only in the middle of the 19th century, the network of ways was given the name Silk Way by the German geographer Ferdinand von Richthofen 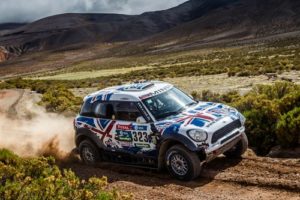 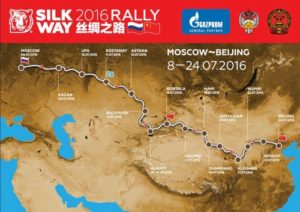